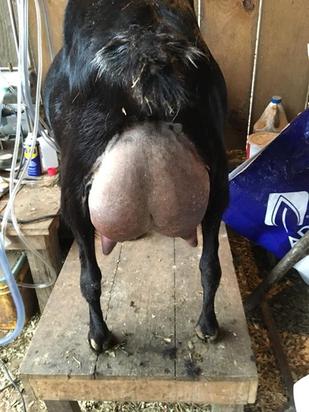 Third freshening. She's evened back up.

Second freshing udder. A teat injury led to her getting a bit uneven. 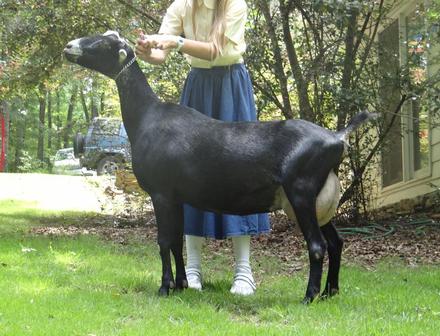 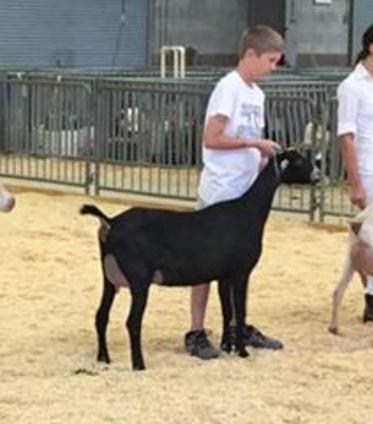 Posey was the first lamancha doeling we'd ever bought. She was kind of an "add on" to Whiskey Baron, but we think she was worth it.

She's a long, tall, stylish doe who is just going to take time to mature. She is a very correct doe though with E's and V's in every structural category and passes that correctness on to her kids.

Yes, you read right, her dam is a 12* milker! Her milk really came in as a second freshener where she had a high test of 11.6lbs.

We were hoping 2018 would be her year, but a case of mastitis set in with a case of pneumonia and wiped out those ideas. Some milk has started to come back in the damaged side of her mammary and we are holding out hope that she will freshen with production in that side once again. 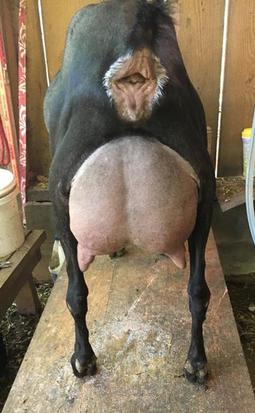