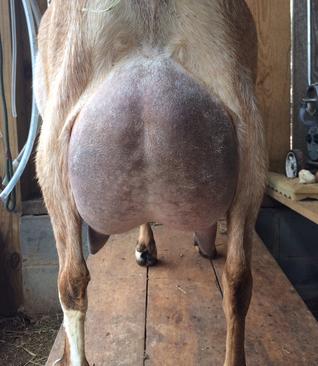 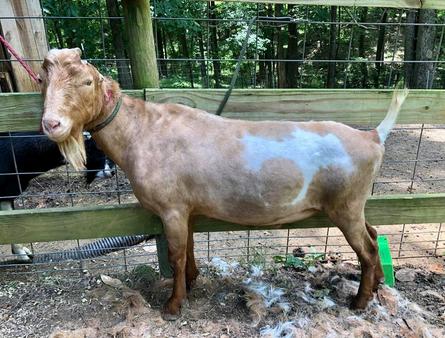 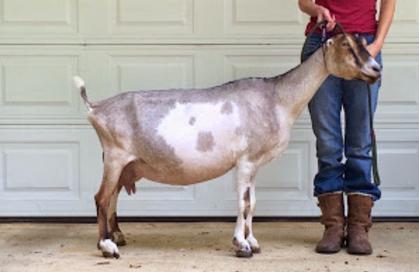 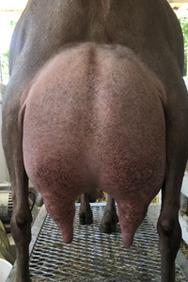 Red was an unexpected keeper but he came out so pretty there was no way I could sell him. It makes sense now that his dam and sire's full sister both appraised 91 EEEE and maternal (and partly paternal) sister 89 VEEE.

As a yearling this year, he stood as reserve champion in two rings at the Carrollton show and appraised 88 VEE with Excellent marks in Front Legs and Back. The appraiser and two judges couldn't say enough about his front end.   We lost Red this fall to a very aggressive case of diarrhea that took him overnight. 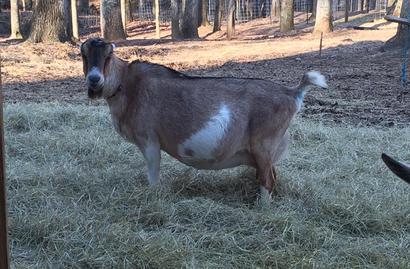 Kat was our first dairy goat, herd queen, and truly a wonderful doe. We lost her after a difficult kidding  (with triplet does) at age 9, but she has left her mark on our herd with three daughters and two granddaughters staying here to continue her legacy.

She earned  a Superior Genetics designation at age 8. We knew she was beautiful, but were not expecting that at all! She also received a final score of 89 VEEE. I'd hoped she would get that 90, but what can you do?

There is no mistaking her progeny in our herd and it would not surprise us a bit if the majority of the herd will be traced back to her in a couple of years. 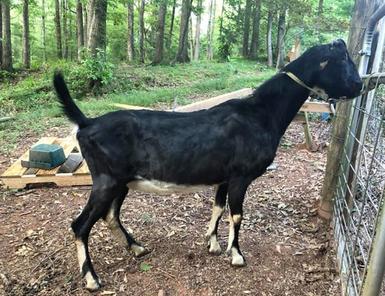 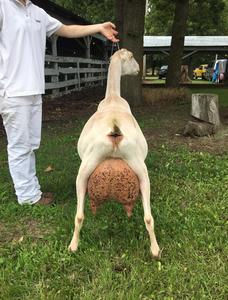 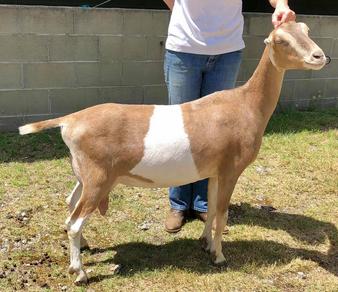 Elin freshened with a single kid and got sick before her udder had even come in. We are unable to evaluate her mammary at this time beyond saying she has perfect teat placement and a lovely medial. Excellent in Head, Shoulders, and Rump.  Elin had a catastrophic break to her fetlock and was donated to Auburn University. 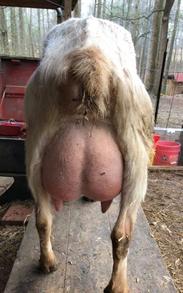 Pasha was a white dark horse. I'd thought Evelyn was done kidding when she spit out a white buck without wattles (the men here don't like them). I just could not bring myself to sell him all year and finally registered him and lined him up for a few does!

About his name- Evelyn is Chase's and we let him name kids. One of his favorite gamers is a Polish man who goes by Pasha Biceps. Pasha is a title for a high level diplomat in Turkey and our Pasha is definitely a boy.

We adore Evelyn's buttery soft udder. She has the longest, most level lactation in the herd and is our highest producer in the fall.

Pasha shows more width,  body capacity, and growthiness than his sire. He and his sister are more smoothly blended and stronger on legs than Evelyn. While slower maturing, he is very correct overall. We are excited to see how he works out! Excellent in back. 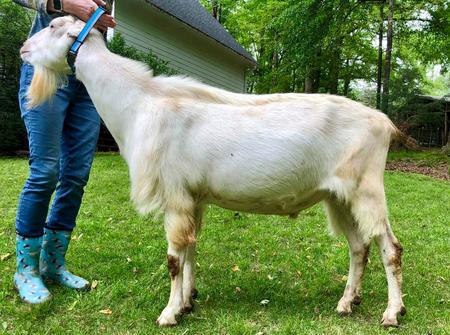 We were looking for a junior herd sire who would cross be a good line breeding on Henning. After waiting two years on a reservation, our first choice doe had two doe kids and unfortunately passed away. We had overlooked Sinclair (because she's white) but ended up with a very similar cross on dam line and a even better cross on the sire's side for the lines we are using. 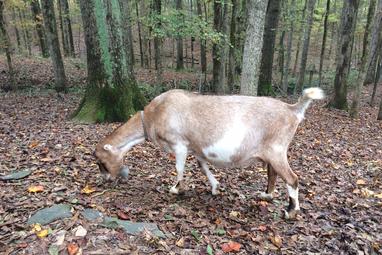 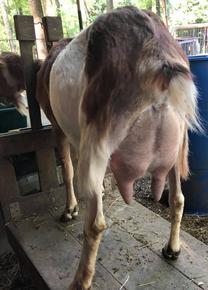 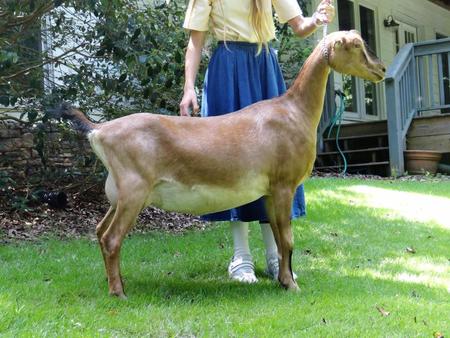