We have long admired Lucky*Star's herd. Very few herds have such consistently beautiful, high producing animals with the milk records and appraisal scores to back up their claims.

Henning's dam, Vivian, is an icon in the lamancha world. Now over 12 years old, she has a final LA score of 94 EEEE, has been on the Top Ten list several times, and has amazing solids in her milk. She is dam to the 2016 ADGA National Premier Sire, Lucky*Star's RA Denzel.

Henning's paternal grandsire, Altrece Cosmopolitan, is sire to the 2016 National Grand Champion doe, Mint*Leaf Elusive. Henning's daughters are proving themselves in the show ring and the milk pail with lots of blue ribbons and several GCH, Reserve Champion, BOB, and BJDIS wins.   Two daughters and a full sister are on the Elite Doe list.

Henning really doesn't do pictures. What he does do is add strength, front ends, and foreudders to most his kids. 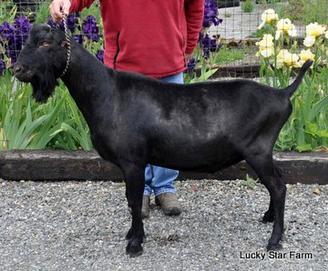 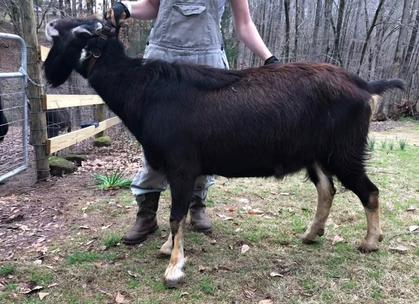 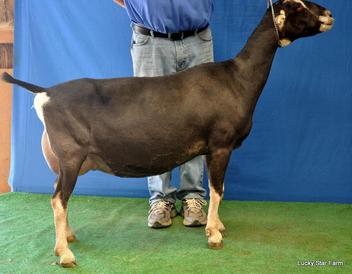